A contributor to another language mailing list mentioned an announcement from Subaru about the failure of a device designed to stop the car if a frontal collision was imminent. In the light of this defect, Subaru wrote, the driver will now have to “manually apply the brake pedal”. Did this mean, the contributor asked, that manually can now also mean performed by the foot?

What was surely in the contributor’s mind was that manual and manually ultimately derive from Latin manus, hand. But as almost always there’s more to it than an argument from etymology. 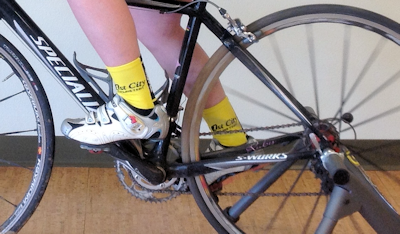 As it happens, classical Latin seems not to have had a specific word for doing something by hand. The direct ancestor of our manual is Latin manualis, something held in the hand or of a size to fill the hand. The ideas of “worked by hand” and “working with his hands” come into English a thousand years ago via Anglo-Norman French, in which manuel meant doing something with the hands but particularly physical labour rather than mental activity.

This distinction remains fundamental. As manual labour necessarily involved the hands through wielding tools, this allowed the ancient link with the source of the word to remain at the back of the mind.

The development of self-executing machinery in the past hundred years or so has led to a new sense for manually — we now contrast it with automatically. We meet this most often as a choice between automatic or manual gearboxes in cars but from as early as the late nineteenth century telephone exchanges could be automatic or manual. These days, computers often do jobs without requiring human intervention, so a sentence from What Personal Computer in 1991 makes sense: “The computer-generated statement of accounts couldn’t be used, and had to be recalculated manually.”

Conflict between this new sense and the traditional one does sometimes lead to odd phrasings. A 1942 issue of Diesel Power magazine, found by American researcher Garson O’Toole, reported: “Auto-Lite Two-Step Starting Motors are available in both manual (foot-pedal operated) and automatic (push button operated) types.” The Oakland Tribune of California noted in 1960 that “The surrey was originally operated manually by pedals.”

However, such confusions are rare (otherwise I suspect pedally would be much more often encountered) and because writers are thankfully well aware of the underlying incongruity.