Q From Donald Hopkins: What is the origin of the word banter?

A Presumably you would prefer not to settle for “origin unknown”? It makes a short answer and is accurate, but is hardly satisfying. There is a story behind it, though, that may be worth the telling.

The word began as low slang around the last third of the seventeenth century. The verb came first, then the noun. When it first appeared, it referred to exchanges that were more aggressive and vicious than the mild, playful and friendly exchange of teasing remarks, usually preceded in descriptions by “good-natured”, that it became later. It variously meant then to delude or bamboozle somebody, to hold them up to ridicule and to give them a roasting, in a term of the day we still possess. You can see that in the first appearance of the verb in Madam Fickle, a play dated 1676 by Thomas D’Urfey, in which Zechiel cries to his brother: “Banter him, banter him, Toby. ’Tis a conceited old Scarab, and will yield us excellent sport — go play upon him a little — exercise thy Wit.” A letter of 1723 equated banter with Billingsgate, the foul and vituperative language of the porters at the London fish market of that name. 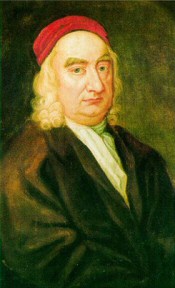 Do not try banter on this man

Banter became notorious because of a spirited attack on it by Jonathan Swift in a famous article he wrote for The Tatler in 1710. In it he attacked what he called “the continual corruption of our English tongue”:

The third refinement observable in the letter I send you, consists in the choice of certain words invented by some pretty fellows; such as banter, bamboozle, country put, and kidney, as it is there applied; some of which are now struggling for the vogue, and others are in possession of it. I have done my utmost for some years past to stop the progress of mobb and banter, but have been plainly borne down by numbers, and betrayed by those who promised to assist me.

The same year he wrote of the word in his Apology to The Tale of a Tub (apology meaning a formal defence of the work), that “This polite word of theirs was first borrowed from the bullies in White-Friars, then fell among the footmen, and at last retired to the pedants; by whom it is applied as properly to the productions of wit, as if I should apply it to Sir Isaac Newton’s mathematics.”

Note that nobody has anything to say about where those bullies took it from. That is lost in the mists of ancient linguistic invention.