Q From Michael Hocken: My twin brother recently brought back from an arduous medical congress on Grenada a splendid bottle of rum, which bore an equally splendid story that the origin of the name of the daily ration of grog served to British seamen was to be found in that island, and was derived from the brand with which the casks were marked, namely GROG, or Georgius ReU Old Grenada. The George in question is said to be George III. Does this story hold any water?

A No. Nor rum either. However, the real story sounds even less likely, though the experts are pretty much convinced it is true. 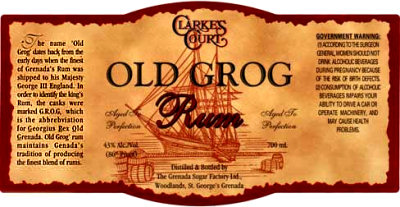 Parts of the bottle’s tale are correct, though. The ration of rum mixed with water that was once served to sailors on board British warships was indeed called grog. And the rum did come from the West Indies — the custom of serving it instead of other strong spirits such as brandy began in 1687, following the British capture of Jamaica.

In 1740, Vice-Admiral Edward Vernon was commanding officer of the British naval forces in the West Indies during the conflict with Spain that was weirdly named the War of Jenkins’ Ear, after a captain who in 1731 had had an ear cut off in a skirmish with the Spanish. Vernon was so concerned about the bad effects of the rum ration on his sailors that in August that year he issued an order that in future the rum ration was to be served diluted:

To Captains of the Squadron! Whereas the Pernicious Custom of the Seamen drinking their Allowance of Rum in Drams, and often at once, is attended by many fatal Effects to their Morals as well as their Health, the daily allowance of half a pint a man is to be mixed with a quart of water, to be mixed in one Scuttled Butt kept for that purpose, and to be done upon Deck, and in the presence of the Lieutenant of the Watch, who is to see that the men are not defrauded of their allowance of Rum. 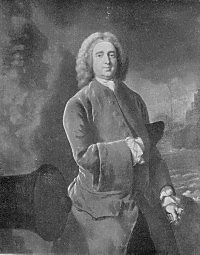 One may presume the tars were not best pleased by this, not least considering the foul stuff called water that was usually available on board ship (the Admiral said later in his order that men might, if they had the money, buy sugar or limes to make the water more palatable to them). The men, as was their custom, had already given Vernon the nickname of Old Grog, because on deck in rough weather he wore a cloak made of a coarse fabric called grogram, a mixture of silk with mohair or wool, often stiffened with gum. (Grogram is from French gros grain, coarse grain.) So it was a short step to naming the diluted drink grog.

This might be dismissed as no more than another folk tale about the origin of words, especially as no contemporary record of grog has been found. But within the Royal Navy it was believed to be the origin, to judge from the first example we have. It is from a poem written by Dr Thomas Trotter, the surgeon of HMS Berwick. He wrote these lines on board ship on 4 August 1781:

A mighty bowl on deck he drew,
And filled it to the brink;
Such drank the Burford’s gallant crew,
And such the gods shall drink.

The sacred robe which Vernon wore
Was drenched within the same;
And hence his virtues guard our shore,
And Grog derives its name.

The term was broadened by landlubbers who were ill-conversant with naval customs to mean any strong drink, though in Australia and New Zealand it can also mean beer. Groggy, a word first used in the West Indies, came from grog to mean a person overcome by liquor; later its meaning expanded to include anybody who was unsteady and dazed for any reason.

It has been suggested that the Vernon story is the folk tale that it seems to be and that two earlier examples are known, in a 1715 book by Daniel Defoe and in one of the Roxburghe Ballads, said to date from 1672-85. However, it is not possible to substantiate either.