A The passage you refer to reads: “Sophia wore list slippers in the morning. It was a habit which she had formed in the Rue Lord Byron — by accident rather than with an intention to utilize list slippers for the effective supervision of servants.” That, by itself, serves only to deepen the mystery, since it’s far from immediately clear why such footwear should help with that. 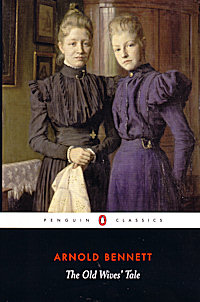 Let’s take it from the top. There are eight different senses of the noun list in the Oxford English Dictionary. The relevant one is now rare. It came into English from the Germanic languages with the meaning of a border or boundary (the lists, the place where a medieval jousting tournament was held, is an example of that sense; it derives from the name given to the barriers that enclosed the space in which the tournament took place).

More particularly, a list was the border or edging of a piece of cloth, its selvage, woven in a slightly different way from the body of the material so that it would not fray or unravel. List slippers were made of material woven in this way.

List slippers were often worn when quiet was needed, say when somebody in the house was ill and people walking about in ordinary shoes on bare floors would disturb them. In an old parenting manual, Advice to a Mother on the Management of her Children, by Pye Henry Chavasse, of 1878, the author noted that in a sick room nurses ought to wear “list slippers — soles and all being made of list” to maintain quiet. So Sophia could more easily supervise her servants through wearing them because she could creep up on them unawares. The same idea turns up in Oscar Wilde’s The Canterville Ghost, in which the put-upon spectre “gave up all hope of ever frightening this rude American family, and contented himself, as a rule, with creeping about the passages in list slippers”.

The same footwear was worn by gunners on board ship when working with gunpowder, as C S Forester explained in Lieutenant Hornblower: “Mr Hobbs, the acting-gunner, with his mates and helpers, made a momentary appearance on their way down to the magazine. They were all wearing list slippers to obviate any chance of setting off loose powder which would be bound to be strewn about down there in the heat of action.”