Q From Peter Coatman, Melbourne, Australia: I was reading an article the other day where the writer referred to something as having been souped up, and it struck me for the first time that this is a curious phrase. I’m not sure if it’s common in the UK or the US, but in Australia it’s used to refer to something that’s been strengthened or added to, or made more impressive in some way. I’m not sure whether it should be spelt suped up. Do you know its origins?

A Souped-up is known both in the UK and the US and was actually created in the latter country. It’s one of the longer-lived slang terms, still widely used.

In its first sense, in the 1920s, souped-up specifically meant to modify a motor vehicle to increase its power and efficiency. The earliest example I can find is this:

A newspaper advertisement by a Ford dealer in the Oakland Tribune of California, 21 Sep. 1924. 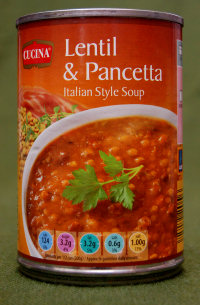 Souped-up must at root derive from super, as in supercharger. This term for a device to increase the pressure of the fuel-air mixture in an engine to improve its performance is known from 1919. Versions of the device had been invented much earlier, but the term was created to refer to one developed for aero engines by Sanford A Moss of General Electric in 1918.

However, there’s almost certainly a connection with the foodstuff, which would account for the shift in spelling. Soup has at times been a slang term applied to several murky liquids. If you’re a fan of American detective stories, you may know soup as a term for the nitroglycerine that was employed in safe-cracking, a slang term widely used in newspaper reports of criminal activity from about 1900 onwards (it was called soup because it was extracted from dynamite by immersing the sticks in boiling water). And it was recorded in Webster’s Dictionary in 1911 that soup was “any material injected into a horse with a view to changing its speed or temperament”.

It seems that supercharger combined with the racing and criminal senses of soup to make souped-up.