Q From From Ada Robinson: I came across the phrase spinning a yarn (in the sense of telling a story) recently, and for the first time wondered about its origin. Can you shed light on how the word yarn acquired the second meaning of a tale?

A It’s puzzling because we’ve lost the context.

We know that sailors were the first to use spinning a yarn — often in the extended form spinning out a long yarn — to refer to telling a story that described a speaker’s adventures and exploits.

We start to see the expressions in print in the early nineteenth century, though its ultimate origin is unclear. However, we do know that one task of sailors was to make running repairs to the various ropes of the ship — the cables, hawsers and rigging. As with people on shore, yarn was their word for the individual strands of such ropes, often very long. Their term for binding the strands into fresh rope was spinning or to spin out. The next part is a jump of imagination, for which you may substitute the word guess, though I would prefer to call it informed speculation. The task of repair was necessarily long and tedious. We may easily imagine members of the repair crew telling one another stories to make the time pass more easily and that this practice became associated with the phrases. 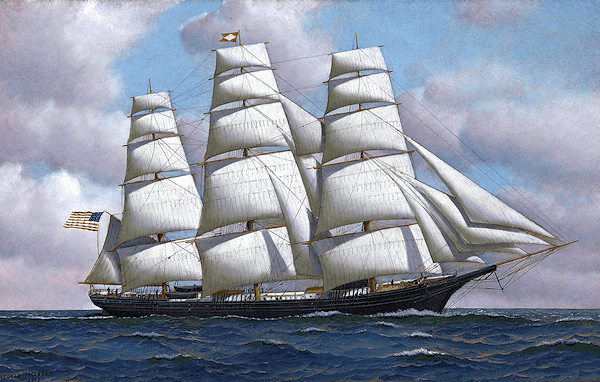 Many opportunities for yarn-spinning exist here.

By the second decade of the century, the term was being used ashore and became a popular slangy idiom. One appearance was in a jocular report of a police court action in Edinburgh which centred on a sailor who had stolen a milk cart:

When the first witness was put in the box, and had his mouth most oracularly opened, preparing to speak, Jack, twitching him by the collar with his forefinger, caused him at once to descend, and exclaimed — “Avast there; none of your jaw; who wants you to spin out a long yarn?”

In time, yarn came to refer to the stories. Many must have been exaggerated or bombastic and that sense of something not readily believable still attaches itself to the word. In Australia and New Zealand the word has softened in sense to mean no more than chatting.