This new edition of a work first published in 1990 is firmly in the tradition of British linguistics. Its author, John Wells, is the Professor of Phonetics at the University of London, a chair once held by Daniel Jones. Professor Jones wrote a work that was my bible when I worked at the BBC decades ago, the English Pronouncing Dictionary, one that is itself not only still in print, but in a new edition published in 1997. 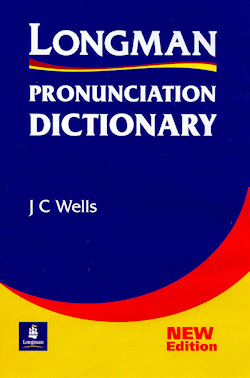 It’s a brave man who attempts to chart the subtle shifts in the way that English speakers handle their native tongue, especially when you consider the substantial national and regional variations that must be taken into account. Professor Wells has built on the first edition to produce a new edition of great breadth.

It would be impossible to note those shifts without using the International Phonetic Alphabet, a system now common in British dictionaries — partly because the IPA concept was invented in Britain in the late nineteenth and early twentieth centuries by a group that included Daniel Jones himself. However, it is found less often in general works published outside the UK. Readers who have not been exposed to this notation will need time to master it. (World Wide Words regulars have an advantage, as this site uses a simplified version of the same scheme.)

If you’re prepared to work at it, this book is a treasure house of information on how to say a large number of words — about 130,000 of them on the publisher’s estimate — not only those to be found in dictionaries, but proper names, foreign words, local and regional variants, and inflected and derived forms.

It also charts the shifting pronunciations of some common words, such as the way some speakers put a y before the vowel in lure, or how issue is more often said by younger people in Britain with a slack-jawed vowel and an sh sound. Such notes, partly based on a 1998 survey, are often accompanied by graphs and diagrams to show differences between age groups. There are pronunciation notes for every letter and the text is peppered with about a hundred boxed texts that discuss matters of phonetic importance, such as assimilation, plosive sounds, diphthongs and labiodental sounds.

All in all a valuable reference work for the student of phonetics or the serious enquirer into the way our language is spoken.