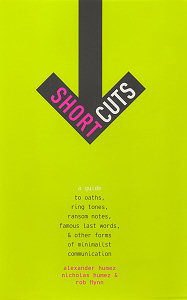 Short Cuts The subtitle of this book by Alexander Humez, Nicholas Humez and Rob Flynn is “a guide to oaths, ring tones, ransom notes, famous last words, & other forms of minimalist communication”. I was tempted to make my review suit the subject by reducing it to “mildly interesting”. It’s a melange that popularly discusses and illustrates the semiotics of communication methods such as bank robbery notes, postcards, wanted posters, billboards, obituaries, police language, suicide notes, Mountweazels, ghost-words, weasel words, Sniglets, pre-nups, computer error messages, car vanity plates, bumper stickers, clothing brand names, telephone answering machines, and neckties. Some of the discussion strays into areas that have little connection with brevity, such as the nature of dictionaries and newspapers.
[OUP USA, $19.95. ISBN 978-0-19-538913-5.] 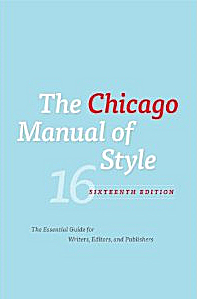 Chicago Manual of Style This doorstop of a reference for writers and editors has just appeared in its sixteenth edition. In the US, the work has long been the arbiter of book style, though newspapers tend to have their own styles or follow AP style. As befits a work of the electronic age, the Manual has now been published online as well as in print and includes guidance on publishing in a digital world. It has information on such matters as electronic mark-up of documents, the international Unicode character system, and how to cite blogs, podcasts and electronic sources. Having just changed my own house style to lower-case internet, I note with interest that the Manual conservatively argues that it should continue to begin with a capital letter. However, website (as one word) and other web words are now lower-cased. And e-mail still has its hyphen. Other changes include arcane revisions to the rules about apostrophes and a relaxation of the rule that the first line of a new paragraph should not appear alone at the bottom of the page.
[University of Chicago Press, $65.00. ISBN 978-0-226-10420-1.] 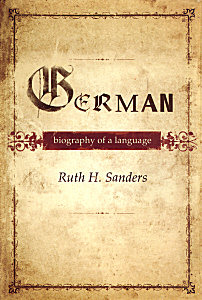 German: Biography of a Language Ruth H Sanders comprehensively covers the development of the German language from prehistory to today, using a blend of anthropology, archaeology, genetics and linguistics. Much of the story is outside the ambit of World Wide Words, but the early chapters throw interesting light on the background to a group of dialects that were the ancestors of English. She shows that their survival was a geographical and military accident because of the failure of the Romans to conquer the German tribes east of the Rhine. If the Roman legions had subjugated that region, as they did the rest of western Europe, Latin would probably have supplanted the German tongues and English might well never have evolved.
[OUP USA, $29.95. ISBN 978-0-19-538845-9.]