When this dictionary — now out in its third edition — was originally published, back in 1998, it was a completely new work. This was considered so significant that the publicity announcement described it as “the most important new English dictionary for 100 years”, a hubristic declaration that was seized upon by its critics. What was new about it, and why it remains important after more than a decade of development and two further editions, is that it looked at the business of writing a dictionary afresh, without being weighed down with the baggage of previous editions and the views of long-past editors. 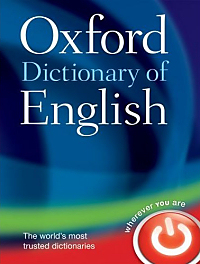 The Oxford Dictionary of English (ODE), like recent editions of other works, including the Collins English Dictionary, is compiled by considering the way in which people actually use words, as opposed to how experts think people use them, or should use them, or actually did once use them but no longer do. Its sources include databases of written and spoken English — in particular the Oxford English Corpus, which contains more than two billion words of current English usage, providing hundreds of examples dating from 2000 onwards of the way any given word is employed. This approach is now commonplace, with most dictionaries employing such databases.

In ODE, the most common sense of a word is placed first, instead of the common practices of citing meanings in thematic or historical order; related terms are brought out as separate entries instead of their all being grouped under a single headword, making it easier to find things (though it sometimes results in compounds being separated from entries for the root word — hubcap is 11 entries away from hub). The number of meanings for each headword has been reduced, concentrating on the core meaning of each word.

As is common with single-volume works today, entries include places and people as well as the usual dictionary headwords. Many entries contain linked information, including word histories, illustrative sentences, warnings about terms that might be considered sexist, racist or derogatory, usage notes and — an innovation in this third edition — word trends, which highlight words whose meanings have changed most in the past decade (terror is now commonly used as shorthand for terrorism and web now primarily refers to the internet rather than to the handiwork of spiders). This is part of the word-trend note under geek:

In the 1990s everything changed. The computer industry helped many geeks to achieve great success, and the wider perception of geeks began to shift. Being a geek was suddenly a positive thing, suggesting an admirable level of knowledge, expertise, and passion: geeks could do “cool stuff”. It’s now common for people to be self-proclaimed or self-confessed geeks, with geekiness no longer confined to the world of science and technology (a music geek with an awesome vinyl collection; the kind of film that every true movie geek would give five stars).

Most of its usage notes are unremarkable, giving uncontroversially firm advice or castigating errors (such as confusing flaunt with flout); others warn that a usage may often be found but is best avoided for various reasons; some — such as hopefully in the sense “it is to be hoped that” — are tagged as matters over which argument is ongoing and in which care is needed. But a few have generated controversy, like this one on the split infinitive:

The dislike of split infinitives is long-standing but is not well founded, being based on an analogy with Latin. In Latin, infinitives consist only of one word (e.g. crescere ‘to grow’; amare ‘to love’), which makes them impossible to split; therefore, so the argument goes, they should not be split in English either. But English is not the same as Latin. ... In the modern context, some traditionalists may continue to hold up the split infinitive as an error. However, in standard English the principle of allowing split infinitives is broadly accepted as both normal and useful.

Similar advice can be found in many current dictionaries and usage guides, yet the split infinitive is still anathema to many people. ODE is unusual for the bold way in which it presents current grammatical and linguistic thinking, basing its advice on usage rather than shibboleths. In the process, it knocks down more than a few fondly held beliefs: they can be used as a singular non-sexist pronoun (“though less widely accepted, especially in formal contexts”); in non-scientific contexts in Britain, data is generally a singular mass noun, as is graffiti; putting a preposition at the end of a sentence is now widely accepted; due to in the sense of “because of” is standard English; there is “little justification, historical or grammatical” for insisting that none must take a singular verb; it is possible to say that something is really unique, since a secondary, less precise sense of unique exists. The introduction is steadfast in its approach, arguing that analogies with Latin are impermissible and that English is subject to change, whilst acknowledging that the debate about use of language is political and controversial and that it is not intended to advocate an “anything goes” approach.

A new edition of a dictionary is always interesting because of the entries that have been added in response to changing English usage. The editors have reacted quickly to include vuvuzela, the football fan’s trumpet which noisily blasted into the public consciousness at this summer’s World Cup. Climate change has brought several terms into the new edition, including carbon capture and storage (trapping and storing carbon dioxide produced by burning fossil fuels) and geo-engineering (the manipulation of the global environment to counteract the effects of global warming). The internet has generated paywall (whereby access is restricted to users who have paid to subscribe to the site), microblogging (posting short entries on a blog or in Twitter), netbook (a small laptop computer mainly used to access the internet), tweetup (a meeting arranged through Twitter), viral (of information or advertising that’s transmitted person-to-person online) and interweb (a humorous term for the internet). Politics and business have contributed several new words and phrases including exit strategy (a way out of a situation, especially military), surge (of troops), toxic debt, debt which has a high risk of default, and deleveraging (the process or practice of reducing the level of one’s debt by rapidly selling one’s assets). 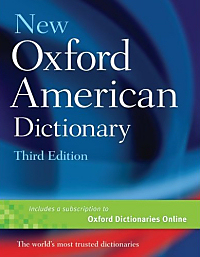 Not every freshly included term is new; many appear for the first time because they are now used enough that the editors feel people will want to turn to the dictionary for information. Among these are turducken (a roast dish that consists of a small chicken inside a duck inside a turkey) and LBD (short for Little Black Dress), plus the phrases on the naughty step (a way to punish a toddler for misbehaviour) and national treasure (a person or thing that’s deemed to be of value to a nation, particularly culturally). Dunkirk spirit (stoicism and determination in a difficult or dangerous situation) is a British reference to World War Two, which justifies inclusion because it has been invoked recently in several contexts, particularly floods.

Another innovation in this new edition is that buyers are given a free subscription for one year to Oxford Dictionaries Online. This site gives searchable access not only to ODE but also to the Pocket Fowler’s Modern English Usage, the Oxford Thesaurus of English, New Hart’s Rules as well as tips on grammar and spelling. Online, ODE is extended by providing links to the thesaurus and to a wide range of example sentences culled from the Oxford English Corpus; audio and IPA pronunciations are given for every word, not just the ones likely to be difficult (the print edition omits pronunciations for common words), though there are occasional inconsistencies: the IPA pronunciation for hegemony has the g soft, while the audio equivalent has it hard. Clicking on the key words in definitions pops up brief explanations.

ODE has a close relative in the New Oxford American Dictionary, which is based on the former with essential changes to suit the requirements of users in the US. A new edition of the latter came out in September 2010, incorporates the changes made to the British version of ODE and also gives access to Oxford Dictionaries Online.