The Australian-born humorist, broadcaster and poet Clive James wrote in the Guardian on 24 October “I save time on the web by reading nobody’s opinion that contains the word ‘methinks’.”

His dislike is understandable. The Oxford English Dictionary describes it as archaic, poetical and regional. It might have added “pretentious” because that’s surely the quality of online writing that James finds unattractive and likely to waste what little time he has left in this world. He would presumably have passed over an appearance in the Guardian the week before: “So, where will the steel be purchased? Methinks from George Osborne’s new friends in China.” Luckily for the reputation of the paper in James’s eyes, that was in a reader’s letter.

Methinks has long ago fallen out of spoken usage, except in expressions such as “Methinks the witness doth protest too much”, a misquotation from Hamlet. Style guides mostly don’t bother to include it, not even to tell readers to avoid it, which would be good advice. Bryan Garner does provide an entry in his guide, without castigation but calling it “an ever-popular archaism”. I would have contested that, had I not found more than a thousand examples in a database of British newspapers from the past 20 years. 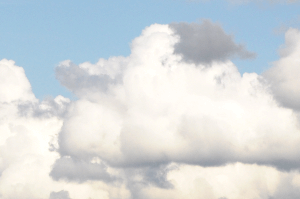 Many appearances of methinks suggest that the OED should have added “humorous” to its list of likely contexts, though the jocularity can be so ponderous that the eyelids droop in sympathy. Some journalists do seem to believe it marks prose as elevated or serious, as in the down-market Sun in July 2015: “Time, methinks, for author John O’Farrell to republish his excellent memoirs”, and in May in the mid-market Daily Telegraph: “Methinks that a bit more modesty about how ‘rich’ we are, and accordingly about our ability to dish out largesse, might not go amiss.”

Methinks isn’t only archaic but also ancient. It’s in one of the oldest works in English, King Alfred’s translation before 899 of Boethius’ De Consolatione Philosophiæ, the Consolations of Philosophy. It was then two words, me thyncth (but then written me þincð, using the old characters thorn and eth).

The word looks like a thrusting together of me and think, meaning “it seems to me”, and as though it comes directly from the Old English equivalent of think. But at that time there were two closely similar verbs, in modern spelling thencan, to think, and thyncan, to seem or appear. The source of methinks is actually the second one. In Middle English the two became confused and coalesced into one form that evolved into our modern verb to think. Methinks followed.

If you’re ever tempted to use the past tense, it’s methought. But please don’t.