A long-running dispute between the Communication Workers’ Union and the Post Office in the UK, which culminated recently in a series of strikes, has brought once again to public attention two terms that had to some extent fallen fallow following a period of comparative industrial quietude. One is wildcat strike. The other is Spanish practices, which the Post Office management says are rife within the business. 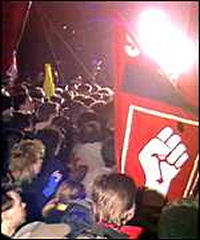 This is less exotic than it sounds. It’s a well-understood term in British labour relations for long-standing workplace restrictive practices, something that’s unauthorised or irregular but to which a blind eye is turned by management in order to preserve harmony within the workforce. The term became infamous in the 1980s as a result of battles between the print unions and management in the newspaper industry in Fleet Street. Newspapers had been losing money for years but feared to confront the complex interplay of unions who were involved in the time-critical hot-metal production process — in the 1970s, for example, the Times had 47 chapels (branches) of eight unions.

The Spanish practices included deliberate overmanning; union control over who was hired; demands for cash payments to remake a page as deadlines approached; machine-room employees who claimed wages for workers who didn’t exist; and men who might be absent for whole days while moonlighting at other jobs but who would be covered by unspoken agreements not to notice. These were swept away by new technology and confrontations with a rougher breed of proprietor, such as Eddie Shah, Robert Maxwell and Rupert Murdoch.

Understandably, many people have complained about the term, then and now, on the grounds that it unnecessarily denigrates the Spanish. Commentators in the newspaper business at the time say it was Robert Maxwell who first used the term Spanish practices of the print workers, perhaps misunderstanding the original — old Spanish customs — which had been used since the 1930s and which was a humorous, nod-and-wink reference to what was politely referred to as custom and practice.

The British have in the past had a difficult relationship with the Spanish (as they have had with the Dutch), which arose from the commercial and military rivalry between the two seafaring powers that can be traced back well beyond the Armada of 1588. In the Cassell Dictionary of Slang, Jonathon Green begins a list of the resulting derogatory terms by saying that Spanish was “used in combinations to denote arrogance, duplicity, treachery, sexual corruption, etc.” The Spanish gout was syphilis; Spanish money was empty compliments and meaningless courtesies; a Spanish padlock was a chastity belt; and a Spanish trumpeter was a donkey braying. Some have argued, but without substantiation, that the term Spanish practices refers to the Inquisition.

In his book of 1996, I Couldn’t Paint Golden Angels, Albert Meltzer asserted that “old Spanish customs” was American slang that had been brought over to the UK through a hit song of the 1930s. There were several songs of the period that he might have been referring to, including a It’s An Old Spanish Custom by the Sons of the Pioneers, which featured in a Roy Rogers film. This origin seems eminently plausible. Julia Cresswell tells me that the Marx Brothers’ 1930 film, Animal Crackers, contains a pun on old Spanish/spinach custom. Buster Keaton starred in a film entitled An Old Spanish Custom two years later. And it's easy to find examples of the phrase old Spanish custom in US sources as a literal reference going back well into the nineteenth century, from which all these allusions would seem to have been derived.

Now that the postal workers’ dispute has been settled — although unofficial strikes continue in some places — perhaps the term will vanish from our newspapers again. The most enduring effect of the strike is likely to be that even fewer people than before will be writing personal letters.