Films in 3D are the latest wheeze to get bums on seats in cinemas and 3D-TV is now technically available if you can afford the set and can find something to watch on it. However, a problem has surfaced: eyestrain. Some filmgoers say that viewing 3D movies is causing them eye problems, headaches and nausea. 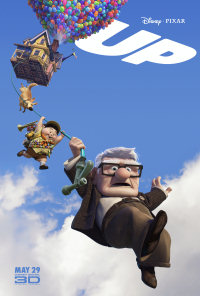 The issue is common to any medium that tries to create the illusion of depth using stereoscopic images, which require users to distinguish the images in a way that isn’t natural to the brain. The result can be classic motion sickness, which is brought on because one’s eyes are confused by images that are in reality at a fixed distance but which seem to move forwards and backwards. Similar symptoms, Slate magazine noted, plague flight simulators, head-mounted virtual-reality displays, and other 3D technologies. The formal term is asthenopia.

The term 3D fatigue (also 3-D fatigue) started to be used in blogs and reviews in the autumn of 2009, after the 3D films Coraline and Up were released but before Avatar. The trouble is far from new, however, since it was one reason why the last try at producing 3D films, in the 1950s, failed to catch on. An earlier term, cybersickness, was coined in the 1990s, specifically for problems with virtual-reality goggles that simulated 3D in computer games; it has reappeared to refer to problems with 3D films. In December 2010, New Scientist magazine suggested that a seriously afflicted person was in the barfogenic zone.

Following the recent spate of 3D films, with many more to come, some moviegoers have borrowed 3D fatigue to refer to boredom with the technique, which they argue adds technical spectacle without enhancing storylines.

It appears entertainment can be bad for our health. A UC Berkeley vision scientist is calling attention to what he calls “3D fatigue.” His research shows [that] if 3D movies or television is done badly, it strains the viewer’s eyes.