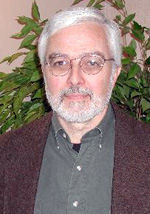 Marketopia was created by Professor Terence Ball of Arizona State University in an article in the magazine Dissent in 2001. He formed it from marketing and utopia to identify and satirise a world in which social responsibility has been lost, all public services have been privatised and market forces rule absolutely. The quality of life experienced by those living in his imagined world is so poor that a better root would be dystopia.

It has a small continuing circulation among left-leaning liberal commentators on economics, with its adjective marketopian. It’s perhaps best known from Peter Lunn’s book of 2009, Basic Instincts: Human Nature and the New Economics, in which Lunn invents the city of Marketopia, where everybody is as rational and selfish as conventional economic theory holds.

A US provider of warranties for home equipment has adopted the term marketopia as a service mark, presumably in ignorance of its origin and associations.

The main shortcoming of marketopia is its massive and systematic violation of a fundamental sense of fairness. Marketopians who cannot afford health care, education, police protection, and other of life’s necessities are denied a fair (or even minimally sufficient) share of social goods.

The Abandoned Generation, by Henry A Giroux, 2003.

Mistrust ... is evident in marketopian reforms which treat public servants as knaves to be slapped into line by the self-interested whack of the invisible hand.