Agrestic gained a melancholy moment in the news in 2008 when it was reported that it was one of 24 words that the English publisher Collins was proposing to drop from its dictionaries, on the grounds that newer and more common words needed the space. 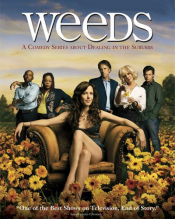 Fans of the US television series Weeds will recognise Agrestic as the name of the fictional California suburb it is set in, an association of ideas that’s clearly deliberate.

The root meaning is rural or rustic, hence a person who is uncouth or unpolished. It’s from the Latin agrestis, itself derived from ager, a field, which makes it a close relative of agriculture and of agrestal, which refers to uncultivated plants that are growing on cultivated land — you might prefer to call those weeds (uncultivated plants that grow on uncultivated land, on the other hand, may be called ruderal). Another, extremely rare, relative is agresty, which was defined in one old dictionary as “rusticity; clownishness”.

In early 2009 Collins reprieved the word because it turned out to have a continuing usefulness in the perfumery business. It’s one of the standard terms used to classify odours. The scent sense is of an aroma that reminds you of the countryside, such as hay, heather or meadow or may be described as earthy, herbal or woody.

The word is now unusual enough outside such specialist use to justify the decision by Collins. A rare modern example:

The aggregate floorspace of the outbuildings probably totalled as much as that of the central spire, but the careful planners had succeeded in preserving the illusion of agrestic emptiness.