If you first read this as ailment, you momentarily confused the word with one that’s almost its opposite. Ailment, a minor illness, derives from Old English eglan, to trouble or afflict. This became the verb ail, which we hardly know except in set phrases that are most often uttered for humorous effect, such as “what ails you?”.

Contrariwise, an aliment is food or nourishment. In that sense it has likewise disappeared from our language except as a deliberate archaism (the late Ivor Brown called it “crossword-clue English”). It derives from Latin alere, to nourish, and close relatives of aliment are known in all the Latin-derived European languages. 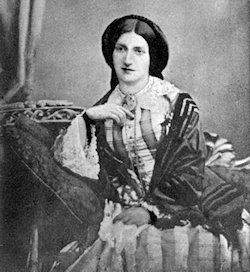 Mrs Beeton recorded in her invaluable Book of Household Management that “there exists in the salt ocean, and fresh-water rivers, an abundance of aliment”. She was rather fond of aliment and also mentioned the alimentary canal, which the medical profession now prefers to call the digestive tract. She employed aliment many times, notably in this moralistic passage:

From the grossness of his feeding, the large amount of aliment he consumes, his gluttonous way of eating it, from his slothful habits, laziness, and indulgence in sleep, the pig is particularly liable to disease, and especially indigestion, heartburn, and affections of the skin.

The Book of Household Management, by Isabella Beeton, 1861.

Aliment is still alive in Scots law, where it’s the standard term for what in other jurisdictions may be called spousal maintenance, spousal support or alimony. Aliment and alimony are etymological twins, though alimony is a late-comer in English, first being recorded as a legal term in the 1650s in the sense of a supply to a cast-off wife of the essentials of living.