Stifle your delight, Harry Potter fans. We’re not discussing that elephant-like beast, whose over-sensitive horn exploded in Harry Potter and the Deathly Hallows.

It’s a good name for the animal, though, with its hints of “erupt” and “trumpet”, and its true meaning, of something bursting forth, might describe an explosion. A few writers have borrowed the word to salt their prose: “The musicians added to the erumpent revelry with a sprightly semi-martial tune”, wrote Alan Dean Foster in Icescape. Better was the almost poetic “Snowdrops are erumpent in the dreary winter landscape”, which the gardener Lia Leendertz recently wrote in The Guardian, because it locates the word nearer to its true home. 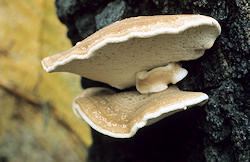 Botanists, biologists and mycologists, the only people who employ it at all regularly, commonly bury it in the undergrowth of dense technical descriptions: “Pseudothecia mainly epiphyllous, in dense clusters, immersed but becoming erumpent”. It has most often been used to refer to the fruiting bodies of fungi, which in their season are notably erumpent.

It’s from the Latin verb rumpere, to break out. That’s the source of several much more common English adjectives and verbs that end in -rupt, notably abrupt, erupt and interrupt, as well as the outstandingly rare rumpent — the Oxford English Dictionary defines this last word as an application for breaking a swelling, but it has only one example of it and doesn’t explain further.