If you are mononymous, you have become well known by one name only, like Napoleon, Shakespeare, Einstein, Morrissey, Pelé or Cher. 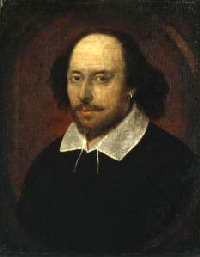 The parade of mononyms on the pop chart is getting monotonous: Beyoncé, Pink, Adele, Rihanna, Duffy, Akon, Usher, Mims, Eminem, Seal, Brandy, Joe et al. Estelle knows how to set herself apart from [the] mononymous pack. She put on a terrific show Friday at First Avenue in Minneapolis, one that suggested that she’s the best all-around mononym to come along since Beyoncé.

Occasionally, the word is used to refer to sole authorship of a work, particularly in cases in which the hidden contribution of a collaborator is suspected. A famous case is the periodical Household Words:

“The periodical is anonymous throughout,” remonstrated Dickens, one day, when he had been suggesting to Mr. Jerrold to write for it. “Yes,” replied the caustic wit, opening a number, and reading the title, “‘Conducted by Charles Dickens.’ I see it is — mononymous throughout.”

The Life and Writings of Charles Dickens, by Phebe A Hanaford, 1871.

The ending -onymous includes the Greek suffix -onym (from onuma, name), plus the Latin-derived adjectival ending -ous. Some words in -onymous are well known: anonymous, eponymous, pseudonymous and synonymous. Others are less-familiar adjectives that have been formed from nouns: homonymous (from homonymy) and metonymous (from metonymy). Some are rare: onymous (of writing that bears its author’s name) and teknonymous (relating to teknonymy, the practice of naming a parent after his or her child).