It’s long-outmoded British army slang. A poodle-faker was a young officer who was disparagingly considered by fellow officers to be over-attentive to women. To suggest he was a gigolo, as some have done, would be to go much too far; he hardly even aspired to the status of ladies’ man.

The civilian reader might think that in these restricting circumstances the pastime of seeking women’s company, in dancing, wining, riding, tennis, picnics, and theatricals would not be frowned on; but he would be wrong. Such activities were called poodlefaking, and they were severely frowned on. When a subaltern applied for leave some colonels would ask him how he intended to spend it, and if it appeared that he was merely going to poodlefake they refused the leave. The young man must pursue animals, not girls. 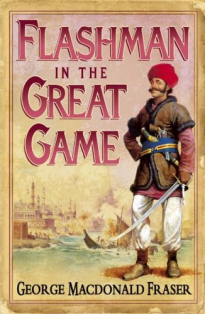 Perhaps because I’ve come across it several times in books about the British Raj in India, I associate the word and its relatives with hanky-panky in the hill stations to which British officers and their wives retired in summer to escape the heat of the plains. This is a modern association:

However withered an old trot she might be, she’d be an odd female if she was altogether impervious to Flashy’s manly bearing and cavalry whiskers. ... Still, as I turned in that night I wasn’t absolutely looking forward to poodle-faking her in two days’ time.

Flashman in the Great Game, by George Macdonald Fraser, 1975. That erstwhile bully of Rugby, Harry Flashman, is sent to work his charm for the good of the Empire.

His use is actually anachronistic. The word is recorded only from the start of the twentieth century. One of the better-known examples is this:

As for social duties of all descriptions, he called them poodle-faking and ignored them. Women he abhorred. In his view they were a kind of siren whose one aim was to lure men away from polo and enmesh them in tea-fights and tennis-parties.

Despite the assertion in dictionaries that it’s a dated Britishism, it continues to appear in books and newspapers. Boris Johnson, at the time a British MP and newspaper columnist but these days Mayor of London, wrote in the Daily Telegraph in October 2003 about the then prime minister, Tony Blair: “How dare this mincing poodle-faker stand up and start confiding to the nation about his emotional journey of the past six years.” It has a salaciously nudge-nudge, wink-wink penumbra that usefully implies more than it delivers.

The term offends by suggesting a man is taking on the role of a subservient lapdog. The poor old poodle has had a bad press because of its role as a cosseted appurtenance in ladies’ boudoirs and poodle, of course, has been used for a lickspittle or lackey or an obsequious follower, a term that also dates from the beginning of the twentieth century.